The JCC had a vision for a Splashpad for five years and upon completion of a major fundraising effort, was finally able to secure the funds needed to move forward with construction. Camp officials worked with Commercial Recreation Specialists (CRS) to design a custom Splashpad with separate play areas for people of all ages and abilities to enjoy.

The resulting Splashpad offers a zero-depth aquatic solution that combines sensations of different water effects—flowing, misting and jetting—suitable for a variety of age groups and abilities. It features an eye-catching, central Splash Castle as well as a Toddler Bay, including colorful Waterbugs and ground sprays with various water effects. It also incorporates a Teen Bay where older children can engage in high-energy, interactive play with water cannons and Aqualien features that encourage creative play.

According to Camp Director Stacy Budkofsky, the Splashpad exceeded their expectations tenfold in the first year. She states, “It generated excitement with both campers and their parents and has already helped with retention for next camp season, as well as increasing overall JCC membership.” 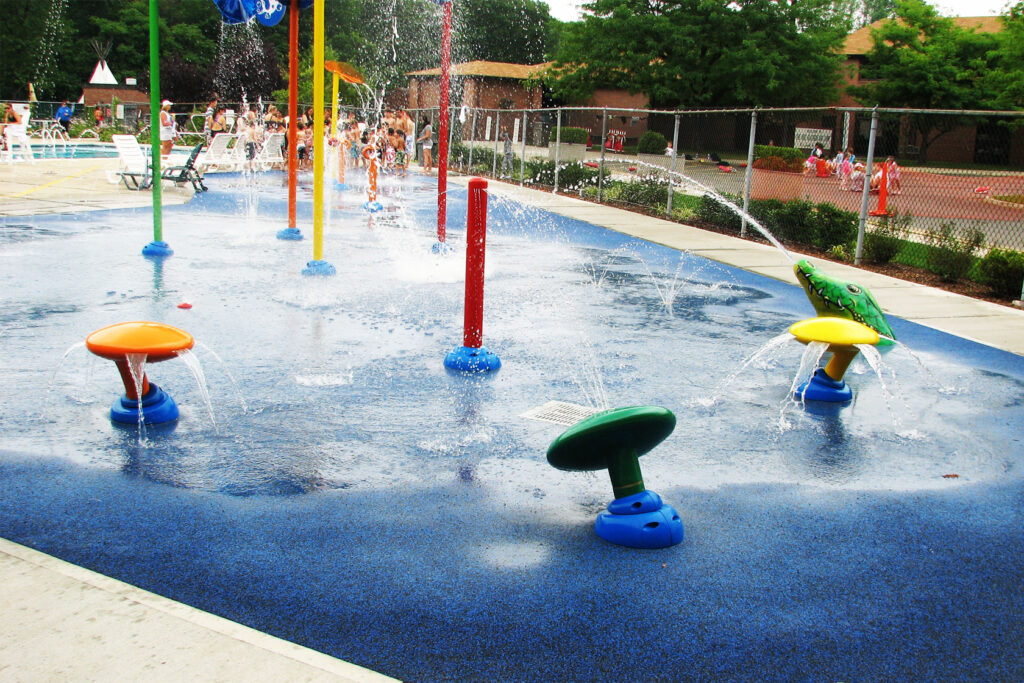 The Splashpad generated excitement with both campers and their parents and has already helped with retention for next camp season, as well as increasing overall JCC membership.

The addition of a Splashpad greatly enhanced JCC's recreational amenities by providing a unique, interactive and engaging water feature that appeals to the whole family. The Splashpad generated great excitement for the facility and significantly increased camp membership within the first year.
CLIENT CHALLENGE 2: Incorporate features that would appeal to children of all ages and abilities...

Activity bays with age-specific features were designed into the custom Splashpad to cater to children of all ages. A special Splash Castle and Toddler Bay includes colorful Waterbugs and ground sprays with various water effects to captivate younger children and stimulate their imaginations. A separate Teen Bay featuring water cannons, Aqualien and other thrilling water features provides an area for older children to engage in high-energy, interactive and creative play.